Tapping from a rich history even before 1966, WASCO has worked in Lesotho to provide clean water and sanitation services in all the ten towns in the districts. Its roots date back to the pre independence period during the British rule. It started as a government department under Power Station within the Ministry of Public Works.

In 1992, the Government of Lesotho established Water and Sewerage Authority (WASA) through act of parliament order number 29. Its main purpose was to provide water and sewerage services to all designated urban areas of Lesotho and these included the districts and other towns of Mapoteng, Roma, Morija, Peka and Maputsoe.

In 2010, the WASA order number 19 of 1992 was repealed and Water and Sewerage Company (WASCO) was established through act of Parliament number 13 2010. The company’s total shareholding is totally with the government of Lesotho through the Ministry of Finance and Water. The formerly single focused regulator, Lesotho Electricity which regulated electricity was turned into a multi sector regulator to include regulation of water and sewerage services. The company in 2015 was able to supply the town of Semonkong and as it celebrates 50 years of independence with the rest of the nation the company has over 250 customers in Semonkong, to date.

Water and Sewerage Company (WASCO) serves almost 300 000 people in the urban centres with potable water. The Company has over 92 000 customers which is 60% of the total urban population. The safe drinking water is supplied through post paid, pre paid and public standpipe connections. The Company also serves the many industries and commercial premises, particularly in Maseru namely; Nien Hsing, C&Y, Global Garment and Lesotho Brewing Company, which use about 40% of the water produced. In total 60% of the water produced is used in industries and commerce.

WASCO has covered 49% of sites in urban centres with water connections and 13% of sewer connections. Over and above the said connections, the Company regulates sewage mobile tanks service. This service is done by private tank owners in Maseru and this has recently been introduced in other urban centres. The emptying service is provided to households and businesses in areas that have a reticulated water supply but do not have access to piped sewerage. The tankers are used to empty septic and conservancy tanks including VIP toilets.

On average, water production for the city of Maseru is 40 mega litres per day. Maseru residential and industrial customers obtain their water mainly from the Metolong dam and Mazenod, Morija, Roma and Teyateyaneng also get supply from Metolong. However, Tikoe Thetsane water treatment plant and the Maseru water treatment plant are still in operation to serve a few selected places in Maseru which are yet to be connected to the Metolong water supply system. 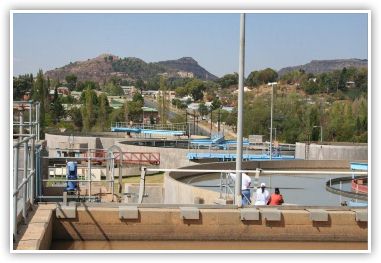 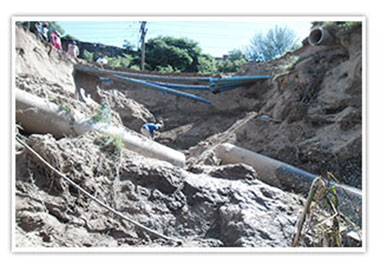 To read more about WASCO, you can visit its website here